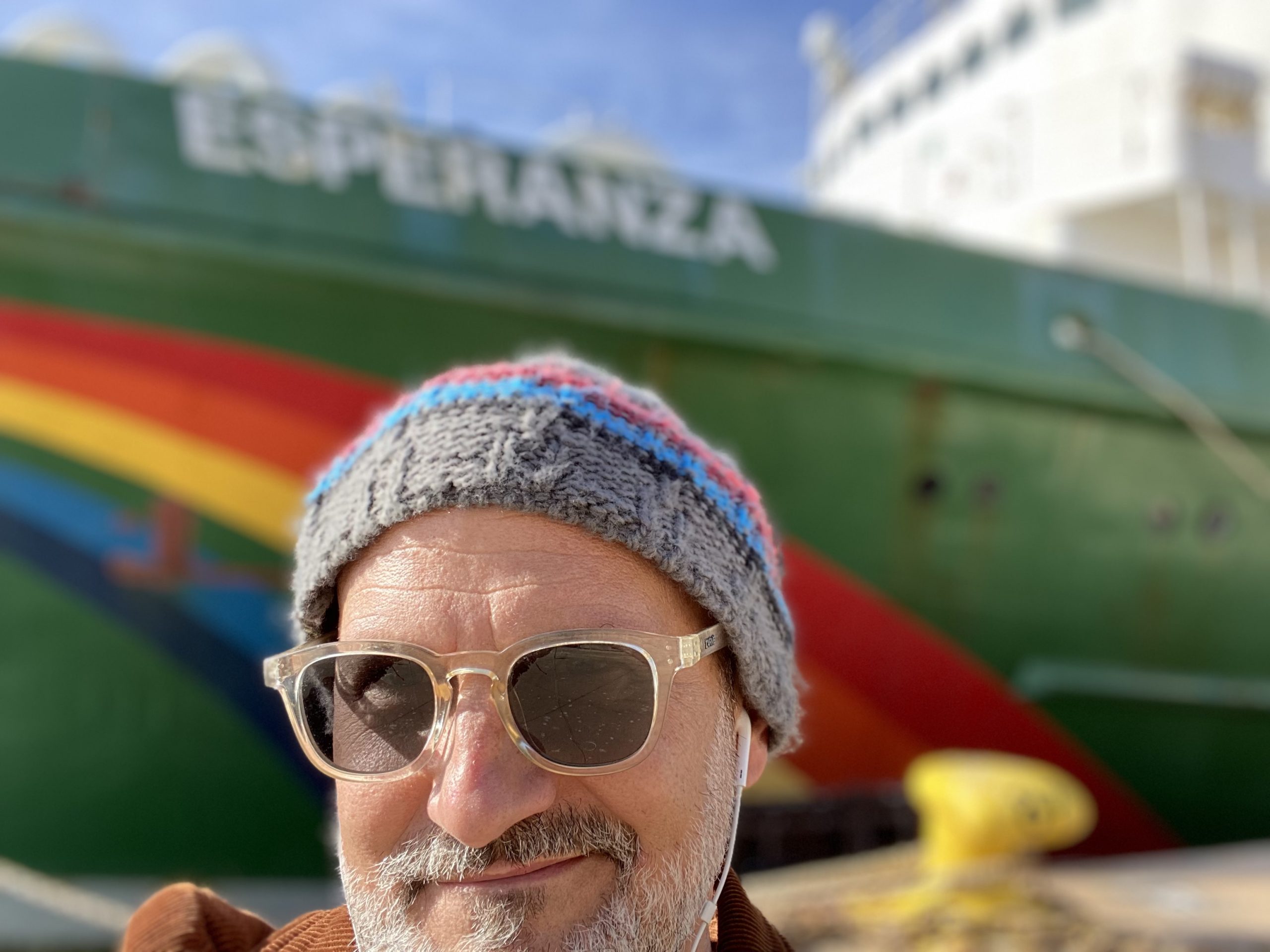 The aftermath of a glorious Greenpeace action

Hopefully many of you have seen the drama unfolding this past October 26th, in Sagunto (Spain). The last Greenpeace direct action of the “good ship Esperanza” was largely drummed by Spanish media and was live on Instagram.

In case you are one of our affectionate readers and haven’t heard about it there are two possibilities: 1) you’re living under a rock, or, 2) you haven’t paid your Internet bill last month.

However, here is your last chance… go google it!

If you’re one of my Australian friends and still wondering what I do for a living…, I’ve already told you Sea Shepherd and Greenpeace are TWO different things! and NO I don’t like Paul Watson and he doesn’t look fucking vegan to me!

A jump behind the scenes

The genesis of a good Travelling Scrittori post starts with an editorial meeting. A pompous way to describe a call between Dave, Phil and I discussing who’s turn it is to spam family and friends with some lame travel stories.

OK Dave, I know this is too much self deprecation…

Anyhow, this week we have decided to narrate what happened in the aftermath of a Greenpeace Action. And since I’m currently on board and stuck in Sagunto Port, I’ll take you through my captivity of Sagunto.

Those “Old school” ship’s direct actions have a lot in common with pancakes.

We always try our best to peacefully piss off those naughty climate criminals, but at some point we have to brace for impact.

In between Greenpeace and the rascals, at some stage will appear the Police.

Sometimes the cops are playing nice, some other times they work at the very edge of manslaughter.

This time in Sagunto they started with much more testosterone than necessary and finished us up with angle grinders and hydraulic jacks. Not the worst reaction we have seen, but they left us with a significant amount of damage and without a pair of anchors.

That’s right, the Police had to remove us somehow and the only way to achieve that was by cutting both the anchors which were holding us in position.

No Anchors No brakes

Losing both anchors and a large amount of chain means that our ship no longer has a way of stopping, so we need to get them back before we are allowed to leave this place.

No Beer no water

Being under detention and alongside a remote pier, means we have no way of replenishing the fresh water used for: showers, laundry and indeed drinking… We can make water by osmosis, but you need to be out at sea to do that.

The fix for this deficit is no “Hollywood showers” and only full load washing machines… and, well, be prepared to smell each other’s armpits in the alleyways.

A beer shortage is a serious problem, something no crew should ever experience 😉 Every attempt to a surrogate source of “fuzzy feeling” will end up in a total disaster.

I’ve heard in the past horror stories of Russian sailors going for the Eau-de-cologne in absence of beer… Oh well, I guess that is the extreme end of the spectrum.

Two weeks of “I don’t know”

In times of captivity, the most frequently asked question by the captive crew is: “when are we leaving?”. A classically safe reply for it is: “next Tuesday”, but indeed when Tuesday comes and we haven’t gone anywhere the Captain will switch for: “I don’t know”.

At some point, the “I don’t know” will be a daily meal time auto-reply, as the crew is flocking in the messroom.

When the “I don’t know” card is drown, then you know it might be a while before the view from your porthole will change.

A bike ride to Sagunto…Port

Finally, after almost two weeks, we gained partial freedom. The padlock on the pier’s gate was suddenly gone and I took one of the ship’s bikes for a spin.

It took a while just to exit the commercial port, and I could take a look to our boats, still confiscated and slowly filling up with sea water.

Finally into town, I discovered that the real Sagunto was far away and we actually were in Sagunto Port, a seaside village with little to offer in terms of sight seeing.

Undecided between a long bike ride and a tapas bar on the beach, guess which option I’ve picked?

Oh yeah, Spain never disappoints, never mind whatever shit-hole you’re in, there’s always some tapas and a glass of vino!

After all, the Guardia Civil insured we were well out of town and unable to produce more trouble, just in case we would think about disrupting siesta time once again.

After the activity it’s indeed time for a crew change, and everyone speculates who will come (if any) to relieve them.

Having seen the state of the boats, I was feeling it for that poor fucker who’ll have to work on them after the head-on with the Guardia Civil. It turns up Phil has picked the shorter straw!

Good luck Phil, I think they need a priest rather than a mechanic!

4 thoughts on “The captivity of Sagunto…Port”