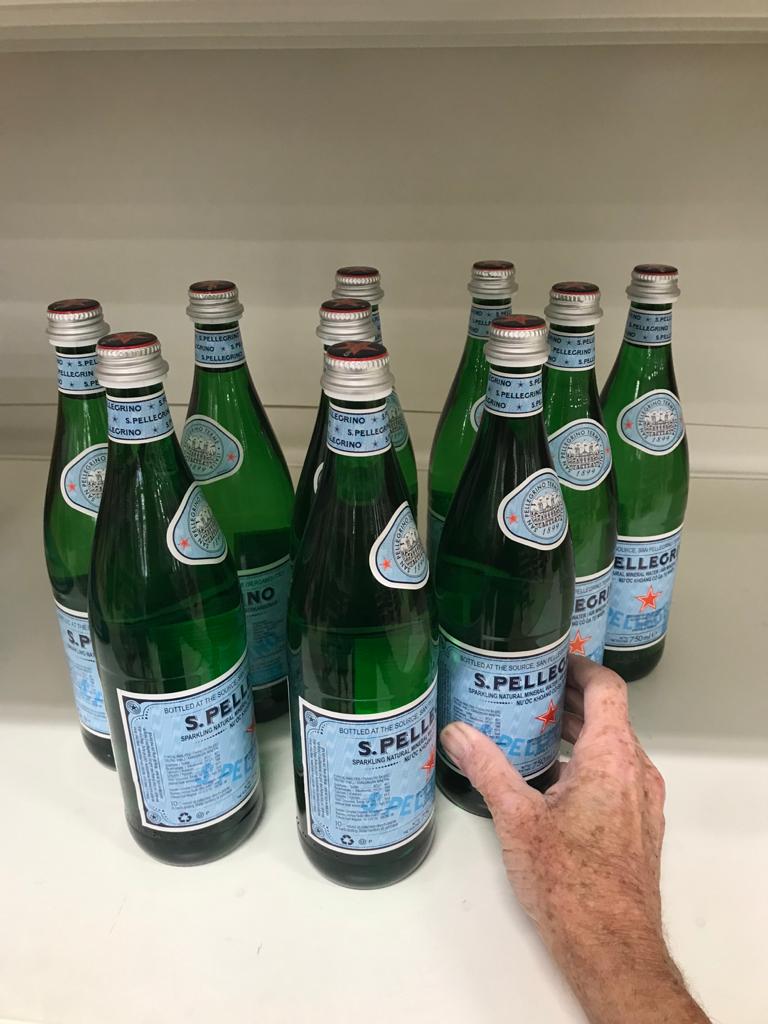 Reports of my death are greatly exaggerated – To paraphrase Mark Twain

But it was close!

I’ve just had an amazing travel adventure. A 30 km dash followed by 5 days in bed. Ummm, in hospital.

For a few weeks I’d been experiencing an increasing shortness of breath. At first I attributed it to lack of adequate exercise. WRONG. It just got worse. I couldn’t walk more than 20 metres without having to stop for breath. Then I started to get heart palpitations.

Family insisted I went to a doctor. I was in denial and refused. “I’ll get over it” was my mantra. Then a good friend started to seriously bully me. I finally succumbed to his hourly phone calls and texts.

I was seen almost immediately; contrary to my expectations given Covid. Heart tests revealed the palpitations were simply the heart beating harder to help the struggling lungs. An x-ray and CAT scan revealed I had an excess of fluid around my lungs. I was admitted and a drain inserted next to my lungs.

5 days later, 2 CAT scans, 2 X-rays and twice daily blood tests they drained off 7.5 litres of fluid. Everybody has a little fluid around their lungs as a means of lubrication.

Even the doctors were amazed – I certainly was

The nurses were, without exception, astounding – particularly the non-UK ones. The NHS (the UK health system) would collapse without them. The doctors range from excellent to competent. And the patients were generally morons – well they were on my ward.

The food was, without exception, cordon bleu standard. Here’s my first meal.

Being stuck in enforced captivity provided me with superb “people watching” opportunities; some of them thought provoking and some very amusing.

During my initial examination I had to undergo, justifiably, a barrage of questions about my medical history.  Nothing unusual was revealed until the quizzing doctor, completely out of the blue, said:

“So, Mr Roberts where are we?”

“Is this an existential question?”

“No, Mr Roberts I want you to tell me where you think we are?”

“Well, you’re the doctor” I replied rather irritated, “you tell me.”

“This is a test for dementia.” He said and continued: “Tell me where we are geographically.”

The penny dropped for me.

But goodness knows what he put on the form.

For a couple of days a patient opposite me simply lay there and never spoke. He was spoon fed three times a day, so he was alive.

A Filipino nurse was feeding him soup when he finally broke his silence. He said something in Welsh. Nobody could understand him.  He repeated his statement and once again the nurse couldn’t understand and asked him to say it in English.

A pertinent fact: 28% of people living in Wales speak Welsh and ALL those are bilingual (Welsh/English).

This happened several times with the old man getting increasingly loud and agitated while the nurse was getting more flustered and nervous. Eventually he shouted, in English:

I found this hilarious; it was comical in its own right and he was forced to accept that somebody caring for him had had to learn another language, English, to do so.

Burning his lips was a just revenge.

At least twice a day we’d all have to undergo the understandable necessity of having blood samples taken.

One day a new patient arrived. I disliked him from the outset. He was covered head to foot with tattoos and a huge pony tail. Ok, not to my taste but it’s a free world. That is until he started to strut around like a peacock and tried to lord it over everybody on the ward. An odious character.

The lab technician duly arrived and took his samples. UNTIL he tried the odious one. He refused to be sampled. The conversation went something like this:

“But we need it on a twice daily basis to be able to monitor your condition.”

“You can’t have anymore, I might run out and I need it.”

What a complete jerk

Even after a doctor’s intervention explaining the small amount required for a sample is replenished in minutes the guy remained intransigent.

On day two of my sojourn I was visited by a team of doctors and nurses to discuss my condition. It was not so much a discussion but more of a potential death sentence.

The team swept in, like a visit from the Spanish inquisition. Closing the curtains the head doctor proceeded to bombard me with medical terminology, a lot of which went right over my head.

I had to demand action replays.

I have always been able to see humour even in the darkest situations. This was to be no exception. The doctor could win awards for his presentational skills. His pronouncement went something like this:

“Mr Roberts, the CAT scan has revealed you have lung, liver and pancreatic cancer. I want to be completely frank and honest with you. A few people do recover from this. But, in my experience not many.”

And with that the team swept out, once again like a departing deputation of the Spanish inquisition.

I was reminded of another favourite Monty Python line:

Not dead YET indeed. However, THIS situation was almost resolved the next day.

I was sitting in an armchair beside my bed reading. My drainage bottle was on the floor beside me. It was a quiet afternoon on the ward with the sun streaming through the window and all was calm.

Suddenly I couldn’t breath. I don’t mean I was gasping for breath there simply was nothing there. It’s as though my lungs were paralysed. The best analogy I can think of is when somebody is drowning. The only thing I could do was shout ”NURSE.”

It would be ironic and amusing if I said I screamed at the top of my lungs. I couldn’t, I didn’t.  All that emerged was a pitiful wail. I had no more breath as I collapsed on the floor.

Fortunately a junior doctor and two nurses were at their desk and reacted almost instantly. I was aware that the senior nurse (a lovely person from Zimbabwe) was immediately in charge and told the junior doctor to give me oxygen while she disconnected the fluid bottle. The relief was almost instantaneous. Within a couple of minutes I was breathing normally again.

Bloody hell, that was a seriously scary few minutes.

What happened?  It was simple physics. The fluid bottle had filled to overflowing and the pressure created was impossible for my lungs to overcome.  Apparently they have to check the bottle hourly and change it before it reaches a critical mark. They didn’t.

After 5 days of draining, injecting, scanning, testing, poking, prodding oh, and a near death experience, I was discharged. I was told I’d have to wait a few days for the laboratory test results and subsequent diagnosis,

From this drama and the dedicated care and attention I received from the medical team I was now plunged into a situation of what only can be described as death by a thousand cuts – NHS bureaucracy.

Patience is not one of my strong points and after a few days without news I started to phone around. It was to be an exercise in futility.

I’d be pushed from pillar to post as I was passed in a circle from one number to another. I even tried ringing in the other direction! I tread carefully here with my choice of titles as I got into some serious shit for calling one a ‘receptionist’ instead of ‘patient point of contact.’ I’m convinced they all go to the Gestapo School of Charm.

The top prize has to go to a particularly supercilious, obsequious and fake reassuring voice who asked me: “So Mr Roberts, what would you like us to tell you?”

WHAT A FUCKING STUPID QUESTION.

I resisted the overwhelming temptation to reply with something like: “I’ve won the lottery” or “I’m going to live to be 120.”

But through gritted teeth, and as calmly as I could muster, I replied: “The results to my tests perhaps.” Even that irony was lost on her.

Weeks after my discharge I finally received a diagnosis for my recent hospitalisation. Lung cancer. Not the best news I’ve ever had – but at least I had an answer.

39 thoughts on “Reports of my death are generally exaggerated”