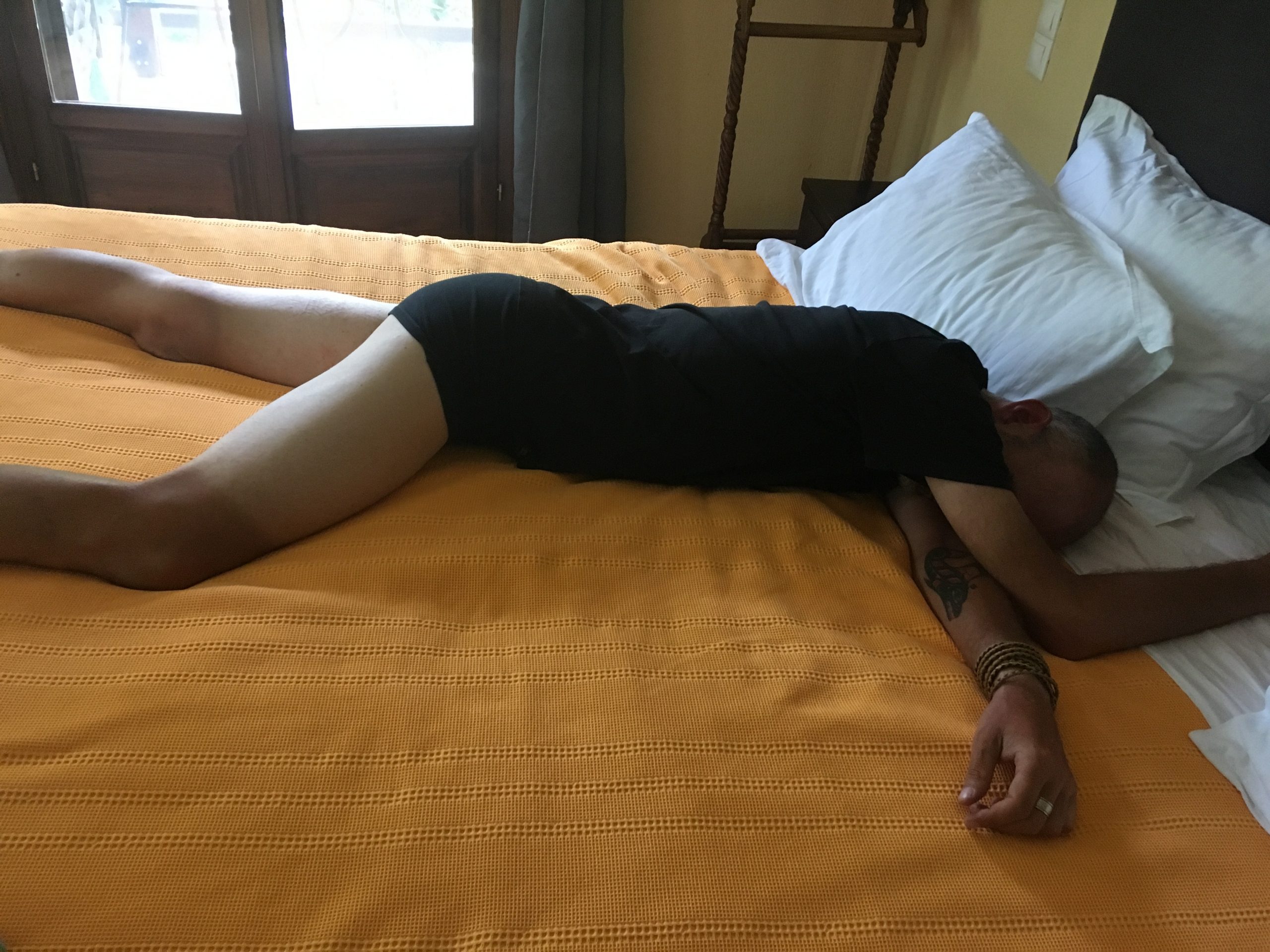 I’ve already narrated snippets of my Transcontinental race adventure, in “the naked truth about sobriety“, which apparently is one of the most read stories of our blog, so, after being begged for a story by Dave and Phil, here is another episode of the series.I hope it sells us a few (hundreds) fridge magnets, so I will be able to finance my next Transcontinental race in 2022.

The longest distance I’ve ever covered in a day on a bicycle wasn’t necessarily the longest I had to sit on the saddle for a day, but in Central Europe it was worth the crossing of five borders.From the crack of the dawn, til well after sun down, the landscape changed, along with food, language, currency and alphabet.

Despite those 311 odd km, it wasn’t a hard day out there, but the epilogue wasn’t something I wish to repeat.

Where has Getafix gone?

While it’s hard to explain how your legs, ass and shoulders feel after two weeks of ultra endurance cycling, let me simplify by saying that nobody is designed to withstand that kind of stress, without a little help from a stubborn mind.

It’s when the mind starts playing up that you need to worry.

At some point you start falling apart. No matter how fit you are, your decline will be inexorable.

There are no magic powders or Getafix’s potions that will help avoiding that and those that do, are usually illegal.

However, euphoria and a little bit of tailwind can push you a long way.

It’s a bit like discovering a forgotten, cold beer hiding in your fridge, during a hot summer day.

The flip-side is far from glamorous

Professional riders wake up around 10am, have a large breakfast, put on a laundry-fresh kit,  go to the start line and get passed food and drinks from a team car all day long, but grassroot events are not as glamorous and there are no massages at the end of the day.

On this particular day, I woke up at 3am in Hungary, going for my ritual stale morning sandwich and the application of two large plasters on my bum.

Not fun, as you first need to remove the old ones.

Pulling a bum-plaster from a large, open wound makes you cold-shiver, so, better do it fast!

I was pretty fucked and the worst part of me was my main “contact point” with the bike.

But it wasn’t the only one… My right foot was long gone into an “insensitive” state (it will come back to life six months later) and I had a banging toothache coming and going.

My achilles tendons were burning in flames and screaming for me to stop torturing them.

I think that was it!

Sane people would stay in bed at 3am or go and see a doctor under those sorts of circumstances, but aye, you only live once.

Most importantly, I was invited to a party in Meteora (Greece)! A special one you can attend only if you show up on a bike. Heaps of people did pay the hard cash for me to shave my legs and to cross the finish line, better not disappoint them!

As I rolled into Austria, the sun was rising and a stiff breeze from the north suddenly started.

Not only that, but the terrain started to slope down as I was leaving the mountains and plowing through the countryside. I knew it would have been a flat day, but my tail-typhoon took it to the next level.

As I’m sure Yuri Gagarin was excited as he was kicked by a rocket into orbit, so was I, soft pedalling, coming into Slovenia and carrying on, without a stop into Croatia.

My morning target of 100Km before my second breakfast was obliterated in no time.

The east side of Croatia is flat and also slightly sloping downhill if you’re heading South.

As I was progressing through the day my toothache got worse, so I tried to concentrate on my bum pain to put my mind off the fact that I might need a root canal treatment at some point, but not before I arrived in Greece.

It’s a bit like paying the bill of your credit card with another one, which has probably expired.

At some stage the pain was so sharp that I did stop at a pharmacy for some chemical help. It didn’t work.The drugs made me sleepy and I had to ditch the bike on the side of the road and take a nap.

I was finally losing my mind

By sunset, I’d crossed the border into Bosnia Herzegovina, where I frantically started to search on bookings.com for a place to sleep. I’d cycled more than 300km and it was time to call it a day!

It wasn’t exactly 300km downhill with the wind behind me, but I remember it as one of the easier days of the race.

However it was far from over…

At a gas station there were a bunch of TCR competitors and I was in disbelief at how fresh and happy they looked, as if they just rode into town to buy groceries and flowers.

I sat with them but pronounced no word. I wasn’t really up for a chit chat. Later, I saw a picture of that encounter, where someone remembers fondly about me, but I wonder why… I was stinky and as sociable as a Grizzly bear, while those guys were all hyped up and planning to ride all night??

That sounded crazy even to me, or perhaps it was just psychological warfare, in the attempt to make each other crack. It certainly worked for me. Devious bastards!

When you’re tired and in pain, even tying up a shoe string becomes an operation requiring an amount of brain power you cannot afford.

By the time I got to Stara Gradiska (Bosnia) my brain was definitely shutting down, I was starting to get in a confusionedl state, ready to be wrapped in a straight jacket 🙂

I couldn’t find the place I’d booked for the night and everything was written in Cyrillic. My phone wasn’t getting me anywhere… I was going in circles. It was late, dark and there was a lot of noise in town.

Stray dogs and rubbish everywhere. I was hungry but didn’t have any local currency, I knew that if I would have sat down I would have passed out.

I was ready to sleep in the ditch and blow those money I’ve had already paid, just for the torture to end, when my host finally rang me!He sprung me into the apartment and left, while I jumped in the shower with all my cycling gear on me.

I fell asleep under the shower and once I woke up, I just couldn’t be bothered to give it a squeeze, so, got into bed for a few hours ready to wear some wet clothes the morning after.

Five borders, one sore ass – Have your therapist on speed dial

Well, although I recovered the next day, I’ll certainly see a dentist before the next adventure, and, should I consider having a therapist on speed dial?

I’m sure you’re all wondering if I ever made it to that party! the one you can join only if you show up on a bike.

Ahahaha, that and more will be part of another story!

If you’ve enjoyed this story and our previous ones, it’s time for you to buy some of our merchandise. A true Travelling Scrittori fan is recognisable by his/her fridge, which should contain cold beer and sport one of our magnets on the door.

Or you can go for a classy shower curtain if you prefer!