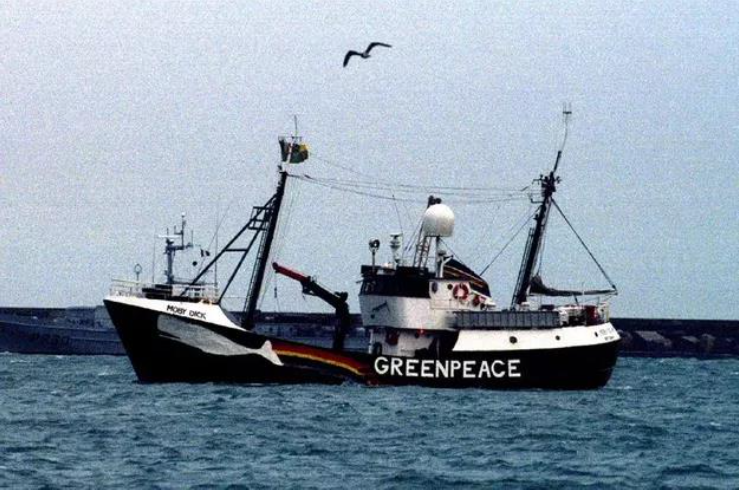 Before I was so rudely interrupted at the end of part 1 of this story, you may recall that we had set up camp in the forest not far from the log loading facility. We had also just witnessed our first moon bow. Full moon + distant rainstorm = moon bow. We were excited and stayed up late. Because we totally needed a reason.

In practical terms, what I had failed to appreciate was that a full moon and a high tide coincide. The ship would use the deep water to navigate the channel and enter Masset Inlet. So, in the wee hours of the morning the ship came in while we were all passed out in our tents, snug in our sleeping bags. It was only the noise of the ship loading logs that woke us.

Our comatose state had absolutely nothing to do with the large pile of empty beer cans that had mysteriously appeared beside us overnight.

Holy shit, we should do something! Like as in NOW!

I’m sure you’re all on the edge of your seats just now, but I pause here to provide some background and context.

I had been given leave to disembark the ship MOBY DICK after four months service. I was contacted a few weeks later to ask if I was interested in co-ordinating an action against the Haida Brave in Haida Gwaii.

Someone else had arranged the activists and all the action/camping gear. I met them at our campsite and we set up our camp. I busied myself by getting the two folding inflatable boats ready for action. It was at this point that I realized that no one had thought to bring fuel for the outboard motors. I requested that the ship ask someone to bring us some. In fact I believe I said, “I have no fuel for the boats, and I need two 25 litre fuel containers”.

No doubt it was my fault for not specifying that the fuel containers should actually contain fuel. Silly me.

Anyway…I was informed that a German activist/campaigner/photographer/Swiss army knife would be joining our team and that he would be bringing the fuel tanks.

A date and time were set and we agreed on a rendezvous on a logging road not far from our camp. He would arrive in a brown and tan coloured Ford 1⁄2 ton pick-up truck at the specified time. I went early to the meet and secreted myself in the trees awaiting his arrival.

Nothing could possibly go wrong.

Exactly on schedule, a brown and tan Ford 1/2-ton truck came down the road towards me. I leapt out of the trees to flag down the truck. I surprised the shit out of the driver and realized immediately that he was not German and neither did he have anybody else with him who remotely resembled a German.

The driver was very curious as to why I was leaping out from behind trees in the middle of nowhere. Thinking, not too quickly, I told him I was a forest surveyor and thought he was my supervisor who was to pick me up at that location. He offered to bring me to his house, which was just down the road, to have a beer.

Seemed liked a good idea to me.

I radioed the camp first to quietly ask Tamara, our forest campaigner, what exactly DOES a forest surveyor do? Just in case my buddy started asking questions.

So, my new drinking buddy was Haida and worked in the forest. He probably knew what a forest surveyor was. We were sitting on his deck looking out over the water drinking our beer. At this point he pointed out a canoeist paddling along the shoreline. My instincts told me that this was my German. He was paddling directly to our “secret” camp. That didn’t please me.

I excused myself, thanked buddy for the beer and said my supervisor would be waiting for me at the drop off point.

I don’t believe I deceived him for one second. But he seemed amused at my attempted ruse.

I got back to the camp and found that it was indeed the German who had rented a canoe and announced to the world that he was joining a secret action camp in the forest. The good news was, he said, is that he had brought two brand new fuel containers with him.

The containers were fucking empty.

Now I was seriously upset with this fucker. He also neglected to bring any camping gear or food. So much for German efficiency. We didn’t speak much after that. I ended up siphoning fuel from our rental van which was hidden in the forest covered with pine boughs. The van blended in perfectly being brilliant white!

But at least the fuel problem was sorted.Back to the story – specifically that “NOW” moment.

We scrambled to get dressed and balanced our way down the beach to the loading dock to get our first look at our quarry. The beach was covered in logs, so it was a difficult journey. Eventually we arrived at the log-loading dock. It was indeed the Haida Brave. Bigger than I had imagined. Fucking enormous in fact and looking decidedly difficult to board uninvited, which was our plan.

We decided to break up into two groups to get back to the camp, as the tide was rising quickly, and all the formerly stationary beached logs were now beginning to float. One group took the longer and more visible, but safer, road back to the camp. The rest of us took our chances with the now floating logs. Whichever group got back to the camp first would begin preparing the boats and the action gear.

Well…that was one of the most dangerous walks of my life. The logs were slippery when they were stationary. Now that they were wet and floating, running along the beach was a particularly reckless undertaking. By the end of the walk we all had to undress and wade through chest-high water to reach the camp.

We scrambled to get kitted up and launched the boats, racing off to confront these destroyers of forests.

When we arrived at the loading facility there were no logs, no people and, most disturbingly, no ship. We were too late.

Somehow, we then learned of a secondary loading facility that no one had seen fit to tell us about. So off again we raced and sure enough, there was the ship completing its loading.

Then Tanya took Bernard to the bow of the ship where he would climb the anchor chain and lock himself there in a harness. We didn’t actually have a harness for Bernard, so I had made one out of some old rope.

Bernard got himself up the anchor chain and locked himself there.

He looked, and was, extremely uncomfortable.

He said later that his testicles were being crushed. Probably just as well for humanity’s sake.

The crew of the Haida Brave were recklessly insistent on removing us from their ship. One fellow climbed down the boarding ladder next to Maxine with a gas-powered chop saw. He proceeded to cut the chain around Maxine’s waist next to her spine, and then he pushed her into the water where a frantic Tanya rescued her with her inflatable boat.

Next the ships crew rigged up a fire hose to hose the activists at the bow. I remember Tanya, with her boat and crew, got the hell out of there and raced over to my boat. They reported that the crew with fire hosing them! I pointed out that they were wearing waterproof boat suits and were in an inflatable boat.

Tanya said, “Oh right!” and zoomed back into the fray.

At this point Bernard was our last activist on board and clearly in agony, so we chose to stand down. We had photos and video. It was time to get everyone off before someone got hurt.

And here my memory fails completely. Which is a convenient point to end this tale.

I guess we went back to the camp, packed up our gear and left.

We did (some of us) catch up with the Moby Dick, somewhere on the mainland, to do a second action as the Haida Brave was preparing to disgorge its cargo.

But that’s another story to regale you with soon.