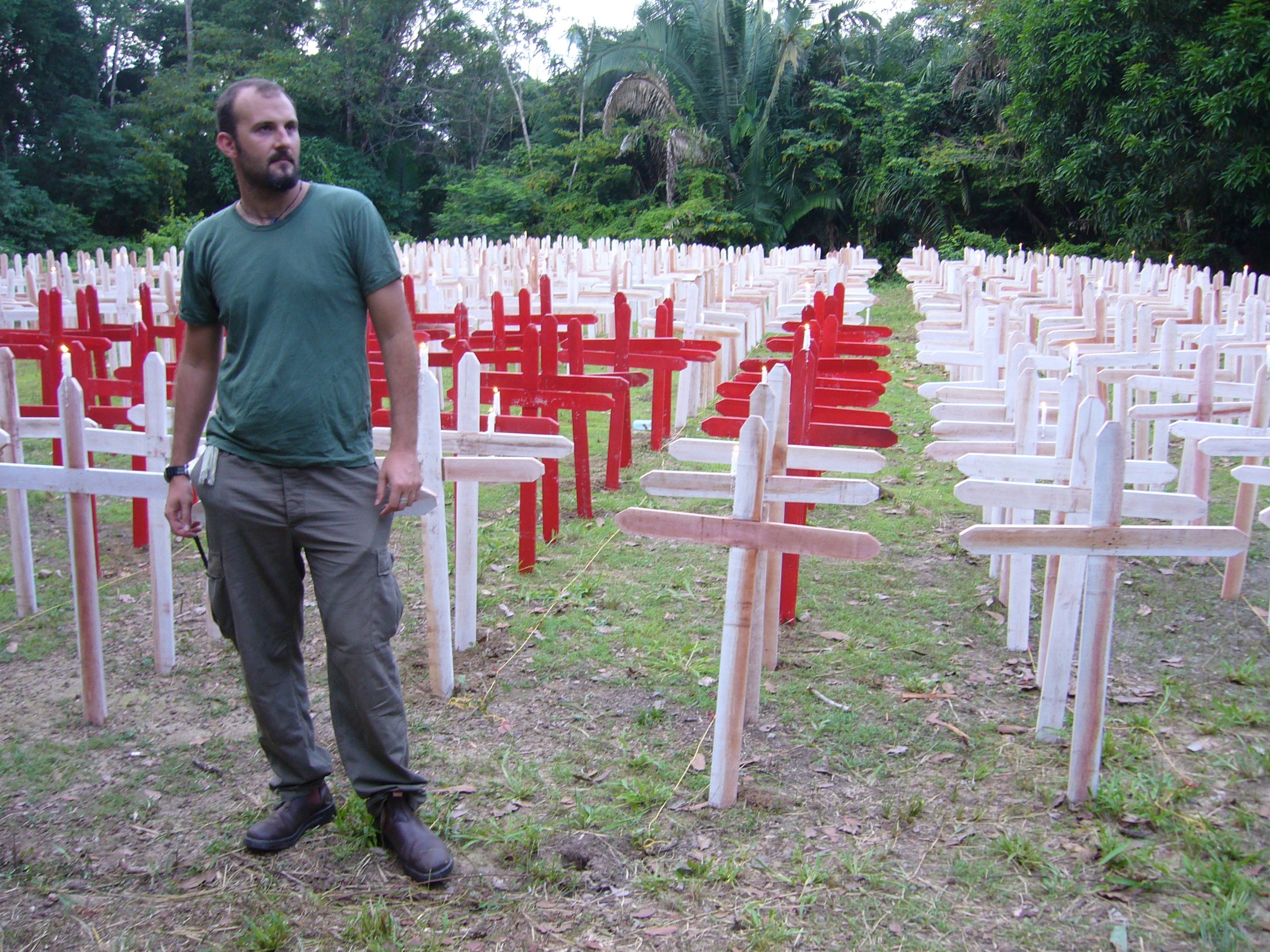 My obsession for the Amazon is all David’s fault

The Brazilian Amazon has been my favourite destination for more than a decade. A place to fear, respect and care for. If I look back down memory lane, it all began in February 2006.

I was having a jolly good time in Australia, going to the local Sunday markets, as it was an awesome summer day.

My old Nokia hammer-phone rang and a well-known voice told me he needed my help for a few weeks in Manaus. There were too many bars and, as usual, he didn’t have enough friends to enjoy them.

Jokes apart, Dave offered me the work trip I’ve always dreamt of. He asked me to work on a river boat and take care of satellite communications during a campaign, but, let’s see if it turned out to be the way I had envisaged it…

Getting there on a big jet plane

In the absence of smart phones and with limited access to the Internet, I went to purchase a paper ticket in a travel agency. It sounds like a million years ago, but I deposited a lump of cash and got my receipt! Greenpeace would probably refund me half a year later. After several emails and a few angry phone calls 😉

Going from Brisbane to Manaus still ain’t easy. Back then it was a 38hr odyssey, an economy class torture, served with a stale burger and a lot of lay-over time in Los Angeles. Some extra boredom in Sao Paulo and, finally, a leg of 5 hours over the jungle, flying through dense clouds and banging your head because of turbulence.

When I finally made it to Manaus, I learned that the river boat idea had been canned, but I was most welcome to join another land-based project, travelling to Para’. It was a community event in Anapu in memory of sister Dorothy Stang, gunned down because of her commitment to the environment a year earlier.

Altamiras is a large town in Para’, a Brazilian state, worth another 4 hours in the air, with three landings in the jungle, to refuel and pick up more passengers. I was traveling with a small team. Because Greenpeace isn’t particularly liked in the area, and within the next 5000km, we were in disguise, trying not to attract too much attention…

Guess what? We managed just fine.

At the luggage belt in Altamiras all passengers were soon given their gear, apart from the four of us. Ah, I forgot to mention that we were carrying 15.000 dollars cash, split among the four.

It all turned rather shitty once the police asked to open our luggage and empty our pockets. A large Greenpeace banner unfurling out of a backpack was the final nail in the coffin.

I’ll spare you all the negotiation, but we walked away after a few hours, still with all the cash.

Trouble was that probably half the town knew there were cashed-up gringos in town and they were going to Anapu. There’s only one way leading to Anapu.

The long road to Anapu

We were travelling in a convoy of three armoured 4WDs and the trip to the village of Anapu was rather tense, especially as we needed to cross the river with a ferry and remain like sitting ducks, as there wasn’t much room on board the barge.

We were expecting a roadblock of bad boys with guns wanting the cash, but luckily it never happened.

Anapu wasn’t as fucked up as I was expecting, but it seemed wise to keep alert.

Our “Motel” was infested by mosquitos and in front of my room there was the carcass of a dead boa constrictor, rotting away in the sun.

At nightfall, I went to bed covered in “bushman plus” a great mosquito repellent, which turned my hairs into plastic and dissolved the wristband of my watch. However, tired and sticky I was looking forward to a few hours in the sack, before show time.

As I was finally relaxing, a loud banging on the door interrupted the moment. There was some yelling and I was lucky that my roommate could speak the language.

I was thinking those bad boys have finally found us, but it turned out that the previous occupant of the room didn’t pay for female companionship the night before and the sex worker was rather livid.

Gotta love Amazon! And yes, I think the linen I was sleeping in was fresh…

The morning after it was show time. We went to the local community centre and I was busy all morning rigging up a jungle cinema to display a documentary on Dorothy Stang and have a press event.

After all was in place it was time to power up…but, as it usually happens in the jungle, there was no power at the site.

I was scrambling to disassemble the batteries from two vehicles and see if we had enough juice to run the projector, when a kid showed me a trick worth 15 grand in cash.

He took two coat hangers and connected two wires to the hangers and to a socket… then with stunning precision threw them to the power lines and voila’… Free AC power for everyone!

The locals explained to me that this is called “haciendo gato” (making cat). Please do not try this at home!

Brazilians are people of passion. They can mourn and miss their loved ones, but in the end there will always be a party, regardless of how fucked the situation is.

The community in Anapu is no different, so, after a sad day of remembrance, they organised a dance party and invited us to join in. Beer, cachaca and extra loud music, what could possibly go wrong?

I’ve never been the one shying away from that combination.

At some point all that cold beer left me with the desire of a nature break and there weren’t many toilets in sight.

I decided that public urination was the way to go. I took off for the tree-line, wearing only only flip flops…

The punishment for public urination

As I was in position and doing my thing, suddenly, I felt a sharp and strong pain in my right foot. It was so painful that I started feeling immediately dizzy and cold.

Oh shit, that was a snake bite was my immediate thought, so, I took the torch out of my pocket and shined the light over my foot, just to realise it was a tiny ant instead!

Such a little thing and such a potent bite. I cannot even imagine what a proper Amazon snake bite might feel like.

Night swimming – You only live (and die) once

I was enjoying myself and my fear of the jungle was slowly disappearing, thanks to the many Caipirinhas I kept on downing.

So, before bedtime, I agreed to join a few of my colleagues for some night swimming in the river. Anacondas, Piranhas, crocs (not the sandals!), and the small fishes that swim up your willy were out of my consideration for once. Viva Amazona!! Someone took it as far as diving from the bridge…which didn’t go that well, but that’s another story!

Where was David Roberts in all of this? it sounds like a place he would have enjoyed.

Well, Dave’s services were not required in this land expedition, so he was sent home, enjoying February in his island nation 😉

4 thoughts on “Amazon, my heart of darkness”